The Sick and Weary

Something that has struck me in the response of churches to “re-opening”— after having their doors locked by governments in fear of a global pandemic— has been the seeming pushing away of the oldest age bracket and those that are sick.

I’ve heard of churches in Chicago checking temperatures of attenders and turning away those with low-grade fevers. I’ve heard churches warn that the elderly, the weak, the immunocompromised should stay home for the time being.

And nothing about that sounds like Christ. Not for a second. And it’s masked in language of “loving our neighbor,” while sounding like the way the lepers were treated in Christ’s day.

So I am overjoyed to see that Tim Challies, a preacher and author I greatly respect, has seen the same and they are trying to address it within their church’s plan. He writes:

We weren’t far into the planning when we realized the temptation to make plans that were premised upon youth and health—plans that did not account for those who are at the highest risk for COVID-19. We could default to messaging like, “If you are elderly or high-risk, please stay home for the time being.” And while that might be the safe play, isn’t church meant to be the place that deliberately and specifically welcomes the weak?

So they have started to flip the question:

For that reason we’ve begun to prioritize this question: How can we welcome the weak? Instead of assuming the weak should not factor into our plans, we are asking how they might factor first in our plans.

That’s the thing about Christianity. It is counter-cultural. If your plan to re-open church excludes the old, sick, weak, and weary, I might recommend that you dive back into your Bible, because they should be coming first.

How Is Your Hope This Week?

Satan is doing a great job trying to rip all hope from the world. Rip it out and replace it with despair and fear. Fear of our neighbor, fear of our fate, fear of our government, fear, fear, fear.

How is your hope this week?

Christian, we don’t find hope in this world. This world, apart from Christ, is hopelessly wretched. Men? Men fail. That is our defining trait. We cannot put hope in Man, in government, in scientists. Men fail.

No, we Christians find hope in Christ alone. When the world falls apart, Christ doesn’t. He still holds the whole world in His mighty hand. His voice spoke the world into creation! His voice calms the storms! He stood down Death and declared victory!

How is your hope this week?

If it is weak, you may be listening to the world too much. You may be spending too much time watching the news and not enough in the Word of God.

And I get it. I am struggling with this too. I’m now home 24/7. I’m not getting the human contact that my soul desires. My only view out into the world is online and it’s gotten so dark.

Here I type on a glowing screen that gives me access to so much despair. But right next to the app labeled Fear is the app labeled Bible. Go there, Christian. Bring a pillow and a blanket. A warm cup of coffee. Dive deep. Start a new reading plan. God speaks. He wrote this for you. You have no reason to despair. He is on the Throne.

We need to condemn racist language, thoughts, and actions with the strongest words within our walls. Within the Blood, we cannot allow these ideologies. Not white power. Not black power. Not any race above any other. Let me make this clear. This is not welcome in the Church. It is heresy. Elders, this is your job. Come alongside those that speak or think these ideologies and correct them. Church discipline is needed here.

The world is not covered in the Blood. Your enemy may not know Jesus. But you do. When you were yet a sinner, Jesus came and died for you. You were worse than a filthy rag. You were the worst of the worst. Jesus had no reasonable reason to love you, yet he did. That is what we are called to, brothers and sisters. Love. Love without rhyme or reason.

Except you should know better.

Here is my advice. The only thing that can eradicate this present darkness is the Light. So let it come out into the light. This is an extreme minority. It serves no threat. So let them speak. Evil has a way of looking uglier when light is shined on it. But love the people. We are called to love the oppressed. Both of these groups feel oppressed. Whether they are right or wrong, show them love. Walk them to Jesus. You punch them, and you will not be serving Christ, but yourself.

Christian. The world is watching for your response. Don't respond like the world. 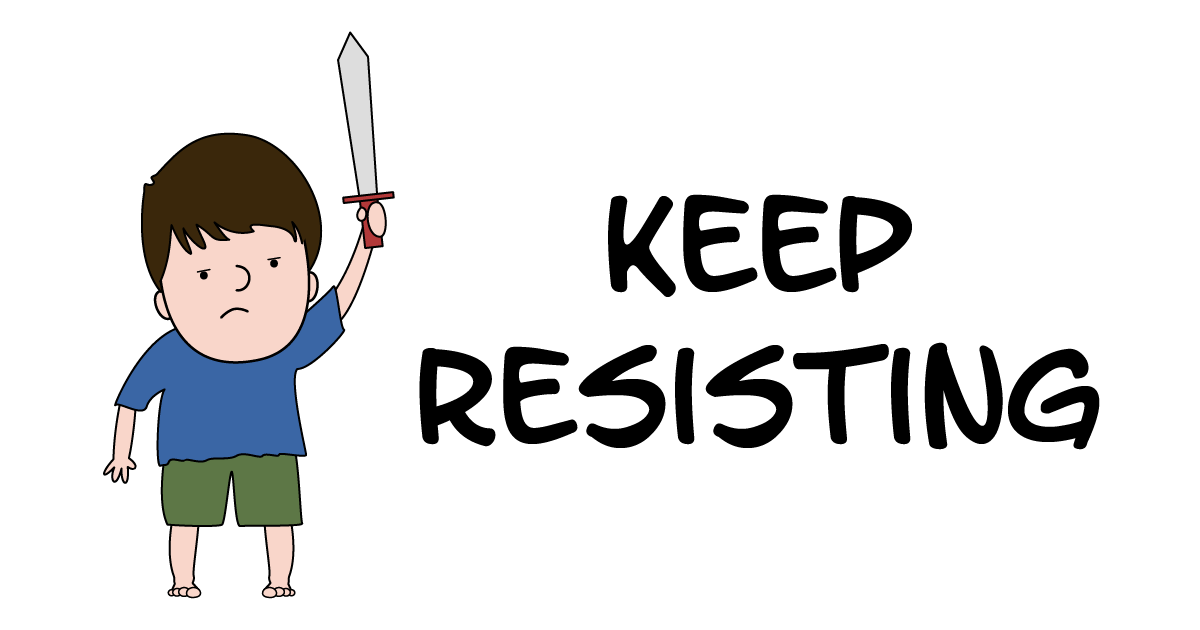 The 12 Days of Christmas

When do the 12 Days of Christmas begin?

Sometime in November, as things now stand, the "Christmas season" begins. The streets are hung with lights, the stores are decorated with red and green, and you can't turn on the radio without hearing songs about the spirit of the season and the glories of Santa Claus. The excitement builds to a climax on the morning of December 25, and then it stops, abruptly. Christmas is over, the New Year begins, and people go back to their normal lives.

The traditional Christian celebration of Christmas is exactly the opposite. The season of Advent begins on the fourth Sunday before Christmas, and for nearly a month Christians await the coming of Christ in a spirit of expectation, singing hymns of longing. Then, on December 25, Christmas Day itself ushers in 12 days of celebration, ending only on January 6 with the feast of the Epiphany.

Many think it begins twelve days before Christmas? Nope, the time before Christmas is called Advent. The 12 Days start on Christmas day and continue until Epiphany. That is why my desk is still decorated.

Yesterday, Kate Aurthur at BuzzFeed maliciously targeted Chip and Joanna Gaines because they are Bible believing Christians. Aurthur’s article at BuzzFeed attempted to harm them and their television success because the church they attend supports real marriage, which BuzzFeed’s editorial policy decries as bigotry.

The bigotry against Christians has been discussed many times on this site, from Memories Pizza to Indiana’s Religious Freedom law. When business owners have to choose between their religious foundation or their financial well-being, the government needs to fix this.

Over the past several years, the gay mafia has specifically targeted Christian small businesses for harassment. Christian florists, bakers, photographers, t-shirt printers, pizza restauranteurs etc. have seen gay activists come into their businesses, made demands they gay activists knew would put these Christians in conflict with their religious beliefs, then turned to various state governments to punish those Christians who refused to violate their faith.

So what can we do? We have a representative government, so we can contact our congressment and demand that they represent us as much as they represent the 2-4% of the population that identifies as LGBT community. You can use this form to make it ridiculously easy to do so, and please do.

No, the Majority of American Evangelicals Did Not Vote for Trump

A lot of numbers in this article, but here is the gist:

Whether you consider that final estimated number to be too high or too low, one thing is certain: it is substantially less than the 81 percent figure that is being touted as representing the voting figures for our faith community.

The Rise of the Anti-Culture

Look at what happened in Indiana or at what is being pressed in North Carolina. The will of the Boss aspires to carry more weight than the will of the people.

Let’s face it: We now live in a world where refusing a man the right to expose himself in a woman’s toilet is enough to risk your city losing the right to host a football game. Even to suggest there might be a debate to be had about such a thing is enough to render one liable to accusations of irrational hatred and dismissal as a benighted bigot.

How Christians Are Supposed to Feel About Syrian Refugees

I love this straight shooting from Matt Heerema.

If a head of state asks “Christian, how do you feel about housing Syrian refugees?”, our answer ought to be “I will gladly lay down my life for theirs!”

And he is right. But he goes on:

If you are a head of state, however, you must worry about a vast array of things, including the safety of your citizens, the integrity of your economy, the security of your borders…

This is what many are not understanding right now: the separation between what I should do and what my government should do. While the people might offer to take in refugees, our government needs to be thinking first and foremost about the safety of it’s citizens. It has been shown that between one and three of the Paris attackers snuck in with Syrian refugees. No one is suggesting that all Syrian refugees are terrorists, just that the government needs to make sure before we let them into the U.S. when ISIS is already threatening to attack us in similar fashion.

Planned Parenthood, a group that kills babies, is found out to be selling baby parts for profit.

A pizzeria receiving threatening phone calls, emails, tweets, and non-stop slander on Yelp and Google because they said they wouldn’t cater a gay wedding.

ISIS throwing gays off rooftops while the media turns a blind eye.

What do all of these have in common? These are things that Christians should be in an uproar about. Babies, the downtrodden, and the persecuted. Yet my feeds were clear of most of that while each of these events were at their heights. And now I see so many of my fellow Christians in an uproar about a cup.

Let’s be real. If you put Santa in a mall and don’t mention Christmas, you’re an idiot. You aren’t avoiding offending anyone or excluding anyone because the only holiday that involves a big jolly fat man in red this time of year is Christmas. Kwanzaa doesn’t. Hanukkah doesn’t. Only Christmas.

If you have a tree decorated with tinsel, lights, and ornaments: you have a Christmas tree. Calling it a holiday tree serves no one. No other holiday involves that tree.

So that brings us to a stupid little cup. Christians, when they see you stay silent about the murder of gays at the hands of ISIS and the selling of baby parts, what witness are you providing by complaining about that red cup? That $5 coffee is likely money not going towards providing an entire meal for a poor family or a week’s worth of water for a person in Africa. But you know, let’s complain about people not knowing how awesome Jesus is while we continue to not show them Jesus.